Recall the integral property of AES. We used to consider a set $P$ of $256$ plaintexts with the following properties. 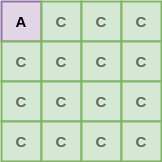 Now consider the following: Suppose I generate 2 sets of plaintexts $P_1$ and $P_2$ according to the following rules

How is this property ensured - 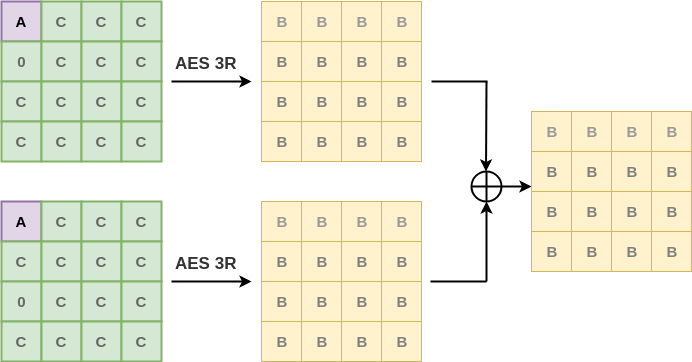 Now lets try building a distinguisher for AES 4-round 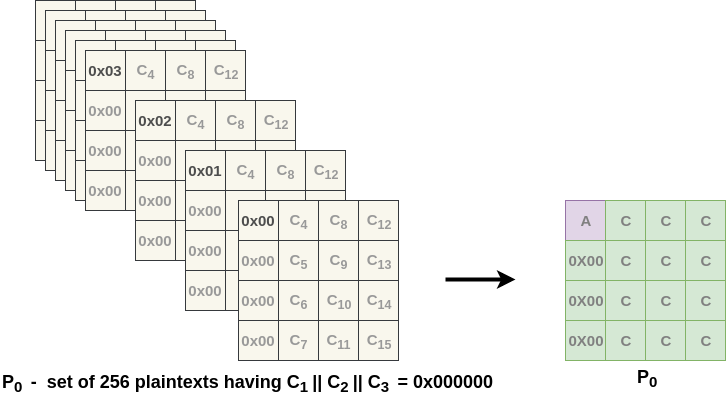 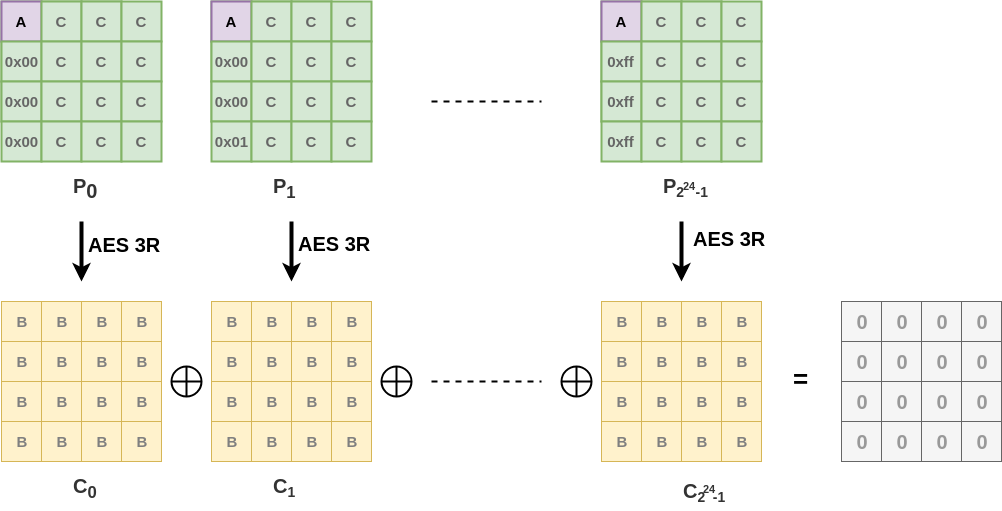 Now apply AES 3-round on all plaintexts and obtain corresponding ciphertexts. From previous discussion, each set of ciphertexts shows balanced property. Hence, the $\oplus$ sum of all $2^{24}$ sets is also $0$.

Just to recap, what did we do ?

At this point of time we have with us $P$ which is a set of $2^{32}$ plaintexts in which the first column takes all $2^{32}$ possible values. Let us take $P$ and observe what happens to it when we compute it in the backward direction ( refer to figure )

We have the state matrix in which the first column takes all $2^{32}$ possible values. ( represented by purple color ). The fig shows the state as well as the AES round.

XOR does not change the structure of the state matrix as it is a bijective mapping from $byte \rightarrow byte$.

This too does not change the structure of the state matrix as it is a bijective mapping from $4\:bytes \rightarrow 4\:bytes$.

This does change the structure, but as it is simply bitewise relocation, the individual property of the byte does not change.

We know that the first column takes all possible values. Since each byte in the column can have only 256 values, each value is repeated $2^{24}$ times. Thus we can say that each position in the column individually shows All property. Hence after Inverse Shift Row, individual property is preserved.

Again its a bijective mapping. Therefore no change in structure.

No change in structure

Now we have our distinguisher.